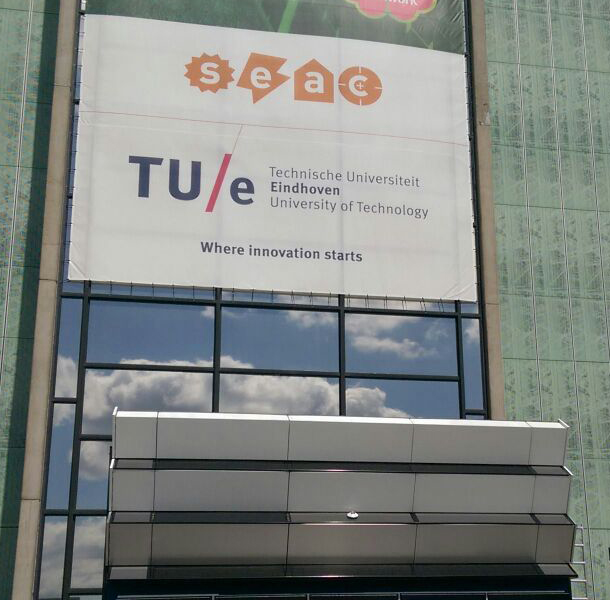 The prototype test facade of the TKI ZonneGevel projected has been succesfully installed in SolarBEAT at the TU/Eindhoven. At this test facade, two companies have installed their new innovative BIPV facade. In the lower part of the facade, the company SCX-Solar is testing their product SoloWall based on thin film PV. In the upper part of the facade, the company WallVision is testing their product ZigZag Solar, with a ZigZag structures that ‘hides’ the PV-panels.

Both companies will be doing outdoor performance research for one full year, in close collaboration with SEAC and the other partners in the ZonneGevel project. Moreover, the facade will be a demonstrator and possible to visit for potential customers and other stakeholders.